“The age of US dominance in the Middle East has ended and a new era in the modern history of the region has begun. It will be shaped by new actors and new forces competing for influence, and to master it, Washington will have to rely more on diplomacy than on military might.” Richard N. Haass 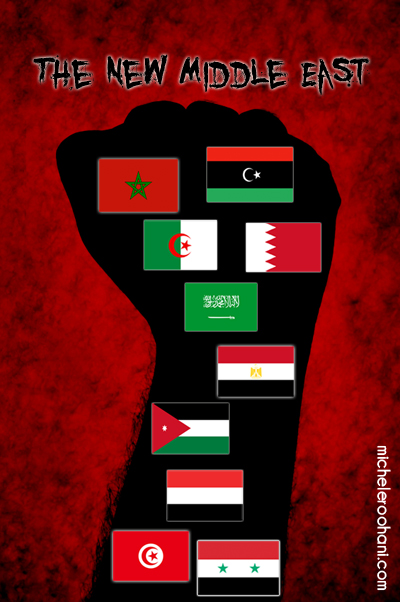 Bourguiba Square in Tunis, Tahrir Square in Cairo, Azadi Square in Tehran , Pearl Square in Manama are witnessing a collective awakening of the Middle Eastern world and this means a major American policy shift in the region.  Now that the Arab world is being remade from within, European policy must change too.

I am both thrilled and scared by the middle eastern earthquake…

5 thoughts on “The dawn of the new Middle East?”