So is the new president of Iran a true reformist? Is he Khamenei’s surprise to Iranian people to cleanse himself partially of the catastrophes of the last elections? Ahmadinejad’s 8 year parenthesis is finally closed (with a four year delay) but questions remain amid the euphoria of Iranians. 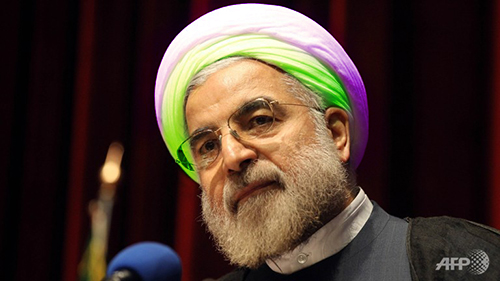 He never even vouched for the green movement yet people voted for him. Can Iranians finally begin to hope for easier times? The world needs a moderate Iran to calm down the chaos of the Middle East. I hope (against my better judgment) that the new president wants and can make a good difference…

“He has three law degrees, including a doctorate from a university in Scotland, and as president of Iran’s strategic research center, he regularly publishes essays. Rouhani is more likely to at least speak more diplomatically to internal and external challengers. And unlike Ahmadinejad, when addressing United States politicians and citizens, he may not need a translator” says Ben Brumfield. 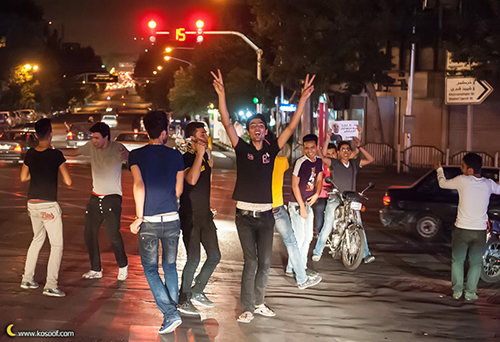 These are some pictures of the spontaneous celebrations in Iran even though “Rouhani has not called for an overall sweeping shift in Iran’s foreign policy. For instance, Rouhani has neither asked Assad to step down from power nor pressed to halt the Islamic Republic of Iran’s military, intelligence, financial, and advisory support to Damascus” says Majid Rafizadeh. 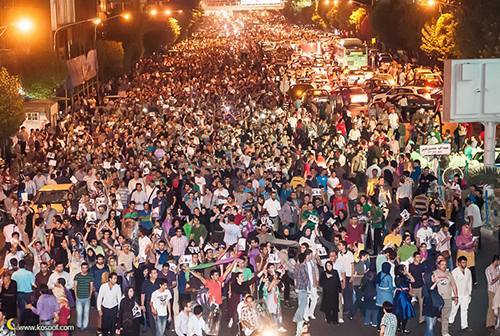 The pictures are from Arash Ashoorinia: 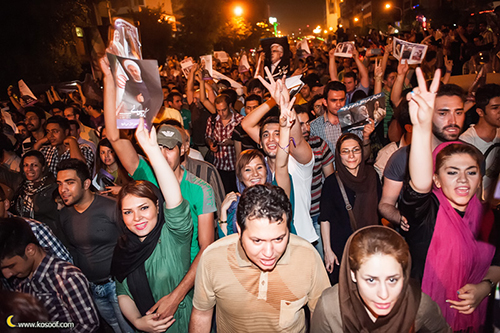 The irony of having a Hassan in Iran and a Hossein in the U.S. as presidents is not lost on us, Iranians, who all grew up with the names of these Shia martyrs… 😉

These young people were happy to oblige and let me take the below picture in a restaurant in Tehran last month (I went back to Iran after 20 years); did they know something was happening? 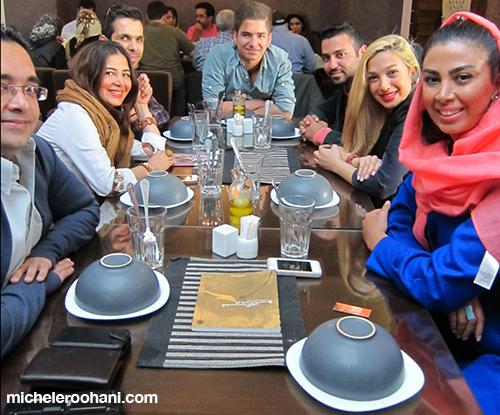 Let’s hope for the change in spite of all our doubts! 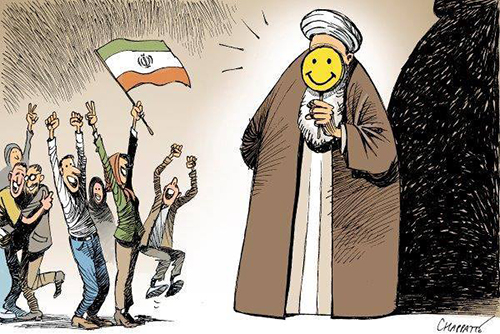 I love these cartoons by Joep Bertrams (below) and Patrick Chappatte (above):