Iran may be United States’ best/only ally in the hellish war of the tribal belt region between Afghanistan and Pakistan. 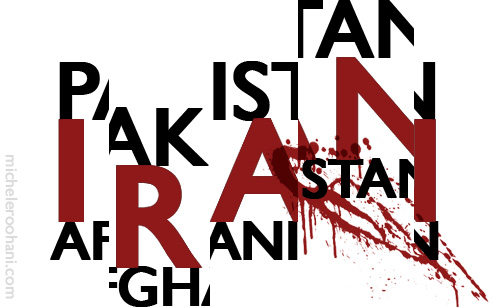 An ignorant approach to the Afghan realities and the “benevolent negligence” regarding Pakistan will have more dire consequences for the U.S. and the schizophrenic government of Iran (saddled by Iraq and Afghanistan’s unrest on both sides) may be a necessary ally in the necessary war…The Islamic Republic will do anything  to avoid facing up to the “enemy within” (aka millions of unhappy/angry Iranians) 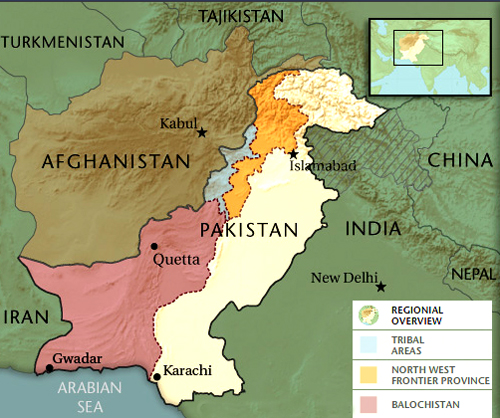 Look at the map of the world’s most dangerous place; most of the 4,000,000 Pashtuns who live in the tribal belt between Afghanistan and Pakistan refuse to recognize the British-drawn Durand Line, which divides the two nations and splits families. Afghanistan, the fifth poorest country in the world with a life expectancy of 44 is deservedly called the “graveyard of empires”. It has been in a civil war in the past three decades. 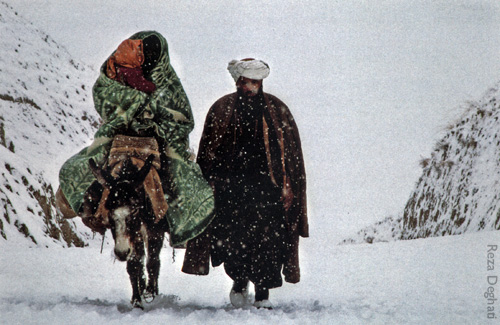 The above picture, Exodus from Afghanistan,  from the formidable photojournalist Reza Deghati has haunted me for years—the silence of this cold journey moves me deeply. I almost forget the picture was taken just twenty years ago; “Time” has indeed suspended its flight in this  godforsaken country… 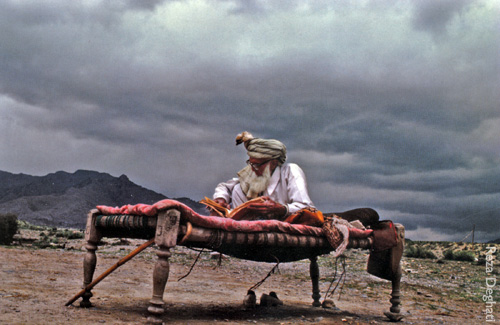 I met Reza in Paris last month at the opening of the exquisite exhibition (organized by my friend Anahita Ghabaian) of 165 year of Iranian Photography at the Quai Branly Museum. Stay tuned for next week’s post about PhotoQuai.

I was once again impressed by Reza,  the great master photographer. We talked about his humanitarian work at Aina, a media & Culture center in Afghanistan. His extraordinary talent deserves a post all to itself—I became a fan years ago thanks to his National geographic’s photos like this one: 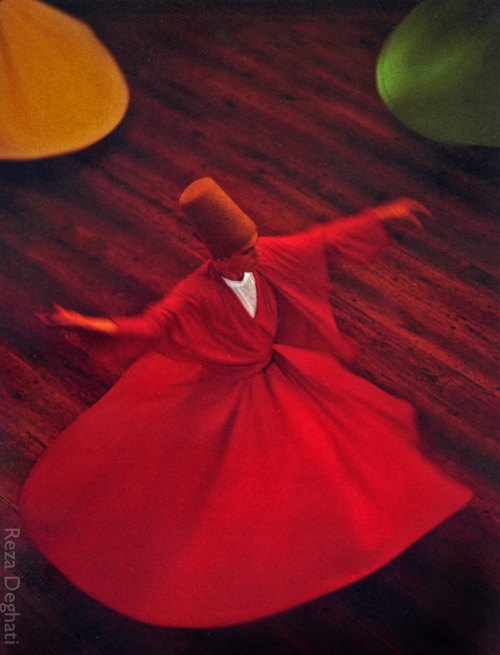 Only a few months ago, the Pakistani military was still inclined to view the Taliban as agents of influence able to provide their government with help to contain the Afghanistan in the west as it confronted India to the east. As Roger Cohen puts it: “the left hand doesn’t know what the right is doing—the result is self-amputation. Even Pakistan’s competent General Kayani, noted for his patience, diligence, intelligence and sheer determination, may be doing the wrong move in the right direction, too little too late.

Today’s news that Abdullah Abdullah has pulled out of the Afghanistan’s runoff election exasperated me even more; I can’t believe his official explanation for doing so but as Churchill says:

“in wartime, Truth is so precious that she should always be attended by a bodyguard of Lies”

and Afghanistan is deeply at war…