Emile Cioran (who later repudiated his fascist past) wrote in his book trouble with being born that “Man is a robot with defects”. Westwood, california, was invaded last week by “Robots in Disguise”; five movie theaters (yes i said five) in westwood were getting ready at 9:00 am to welcome the Transformers that night. i looked up from my newspaper in a coffee shop and started to smile seeing the huge robot across the street from me. 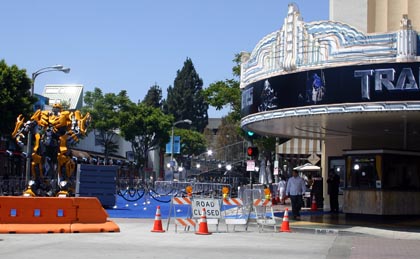 i’ve always had a soft spot for robots, friendly or not – i still remember doctor smith bickering with the robot in the “Lost in Space” episodes. being a trekkie (and in love with Spock for my entire 5th and 6th grade), Data has been on top of the list but who can forget the Borg? 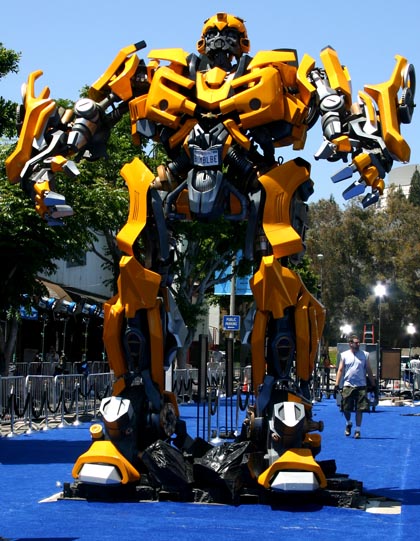 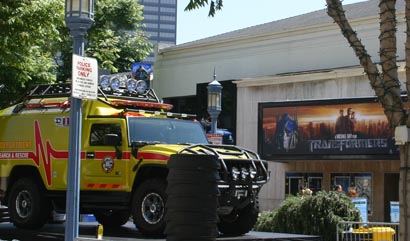 i took some pictures in a hurry before they could disappear – which they did the very next day after a night of red carpet fun. only in hollywood… 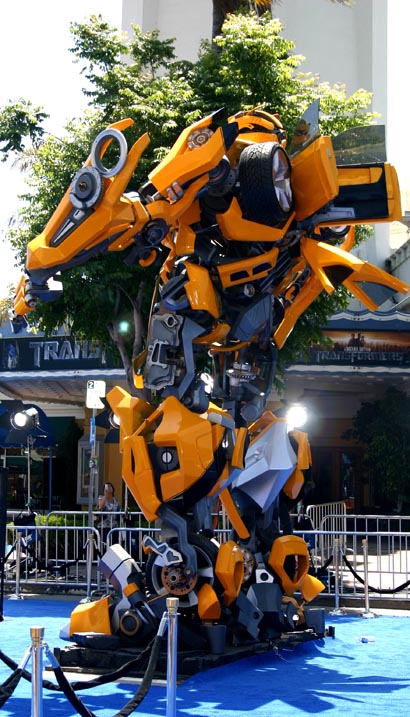 One thought on “Transformers”