Hillary Clinton in chador is not as far-fetched as we may imagine! Ahmadinejad is already calling for a mutually respectful dialog and the white house is more than eager to oblige… 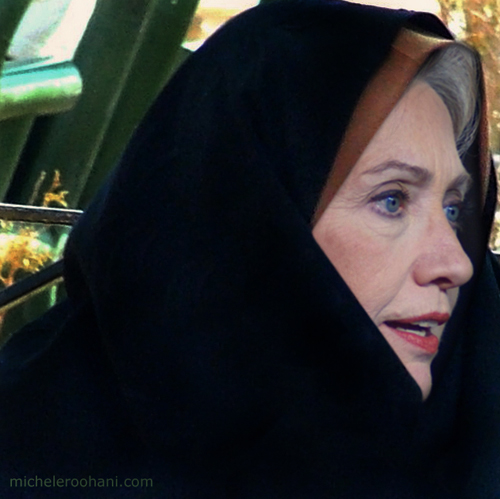 It took a Nixon to go to China and it will take a Clinton to go to Iran. Only the one who threatened to “obliterate” Iran can now go and mend the thirty year wound between the Great Satan and the Angelic mullahs…

The United States needs Iran’s cooperation to take care of its problems in  Iraq, Palestine (read Hamas and Hezbollah), Afghanistan and now Pakistan. To understand a bit better I suggest reading Roger Cohen’s articles from Tehran.

Now I would like to clarify once and for all, the mystery of three KH’s for my foreign friends— it’s been unfortunate and confusing that the three important leaders of the islamic republic have last names starting with a KH.

These are not the same person even though they do look alike with that black turban but let’s remember the actual ranking:

Khomeini (the leader of the islamic revolution who—20 years after his death—still induces nightmares for the foreign leaders),

and Khatami (twice president of the islamic republic).

On a less depressing note, I recommend reading Michael Axworthy’s  book about “the remarkable perseverance of Iran’s cultural identity”—in spite of the turbans and the KH’s… 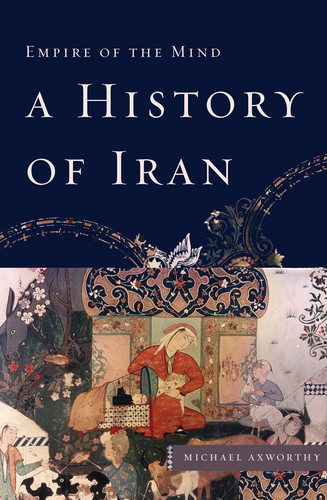 I am a big “Law & Order” fan; who knew that Ahmadinejad will be mentioned in one of the episodes. If this is not a sign of things to come people I don’t know what is! It’s amazing all the positive coverage Iran is getting; maybe they have hired a PR firm…

3 thoughts on “Hillary Clinton in chador and the three KH’s—Khomeini, Khamenei, Khatami”