I knew Hopper before I met him again in Lausanne a couple of weeks ago and I was delighted to say hello to him again. He had some new things to show me. 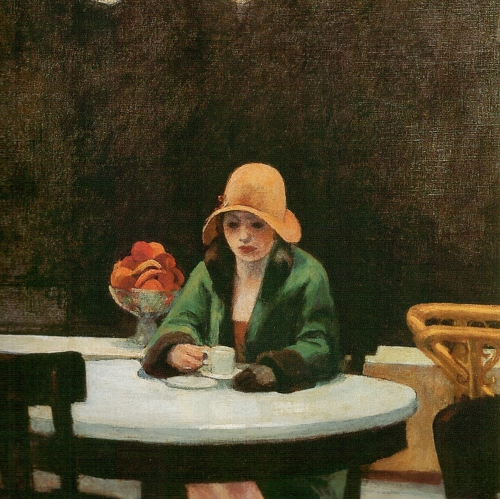 Silence is ubiquitous in his paintings even when there are many people present—it’s almost as if you have surprised these two ladies having dinner at “Chop Suey” restaurant (1927).  You always feel that Hopper is on the verge of saying something, but he hardly does. 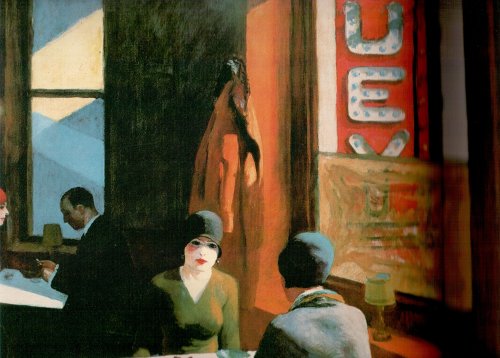 As John Updike observes, “we are always eavesdropping on that wonderful Hopper silence.”

Just twenty years before the above paintings, Hopper painted his women like this (I had fun playing with these little water paintings): 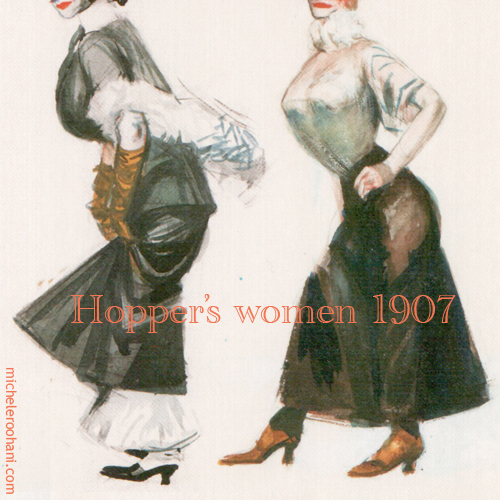 After visiting Paris in 1906, “protected from the slow ravages of compromise—either with public taste or with his own immaturity—he developed his style invisibly along with his character”. Look at his men—I love the look of the dandy: 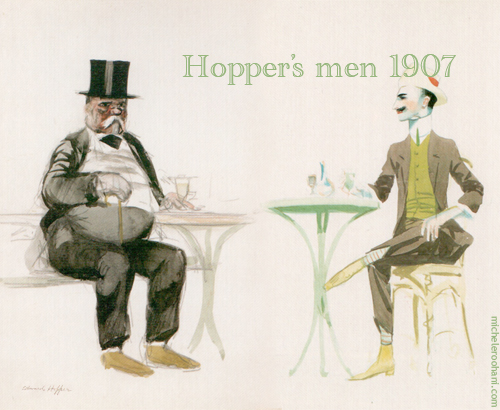 People at the theater, listening intently: 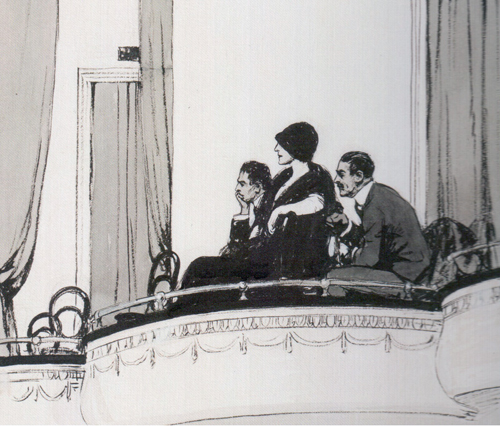 Hopper was fascinated by the city at night, solitude, and silence; this is where he shines the most: a scene of a roman noir of the 1930’s… 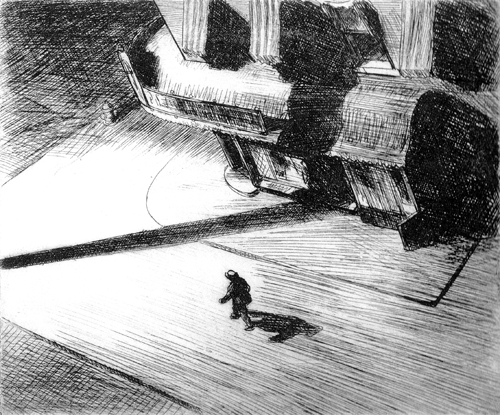 I loved the studies for his most famous painting, the Nighthawks; you are almost waiting for Humphrey Bogart to turn around and say something to you: 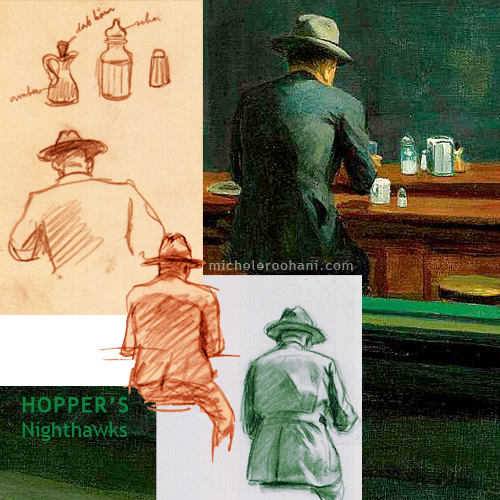 Voilà! The quintessential Hopper: “he stares with sober passion at the most ordinary things about the U.S.” 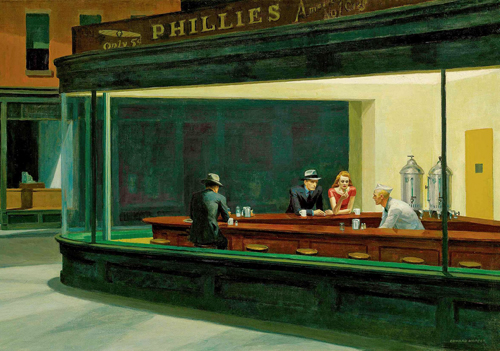 I have great memories of  New York diners of the 1980’s (when I used to take English classes in Manhattan); they conjure up my first impressions of United States. The NY Times article Ajay is pointing to in his comment is an amusing end to the puzzle of Hopper’s DINER. Hopper, famous for his reticence (“If you could say it in words,” he says, “there’d be no reason to paint”) created the Diner in his imagination!

Let’s just go back to his women again. They bathe in liquid light: this movie usher below (1939), waits in her own little world, oblivious to the sound of the film being played next door in the theater. 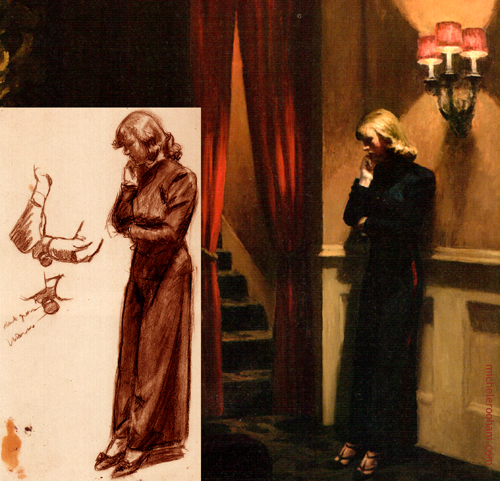 He painted nudes too—he always used his wife, Josephine as the model;  I like this one best where you can’t see her face: 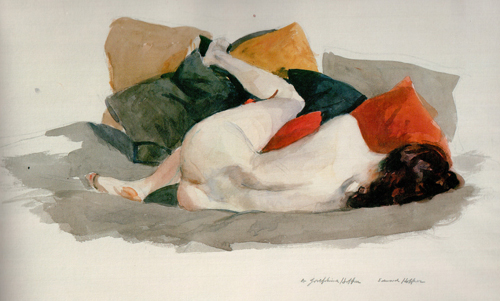 His paintings are not overloaded with details and information but the essential message is well expressed. The painting below is one of my favorites; Mitra and I stopped in front of it for a few minutes wondering about the simple elegance of this image: 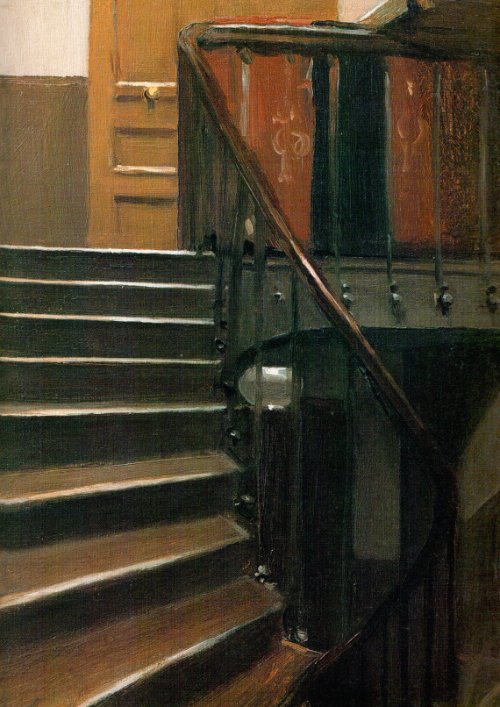 Say hello to Edward Hopper, a silent witness to an American century—he painted during 60 years of his 84 years on earth! 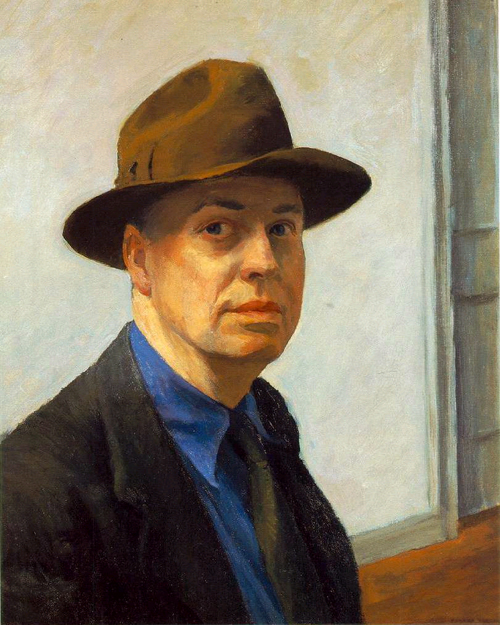 To me, Hopper excels when depicting women—look at this beautiful woman in south Carolina. You can almost hear Duke Ellington’s Chloé… 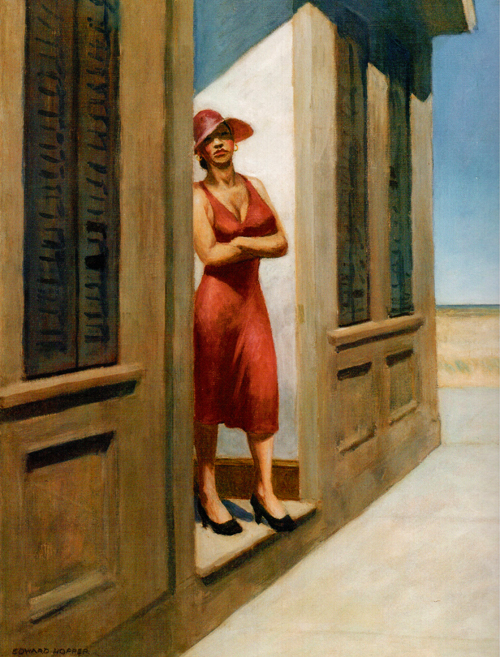 I waited that morning for Hopper in Lausanne’s Hotel Beau Rivage where you can only afford to have a coffee. 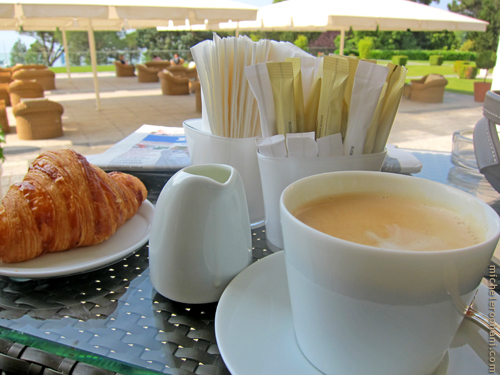 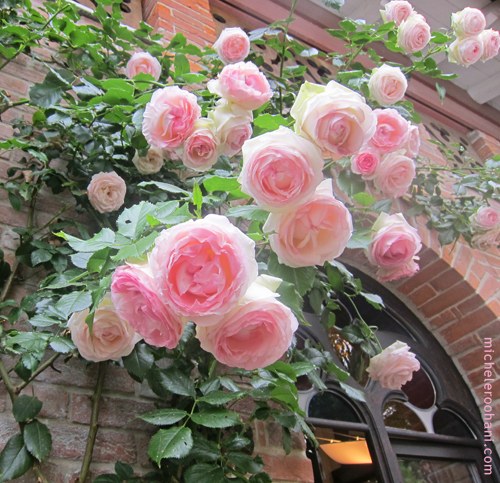 After the exhibition a stop at l’Esquisse, the little café of the museum, rich with climbing roses. 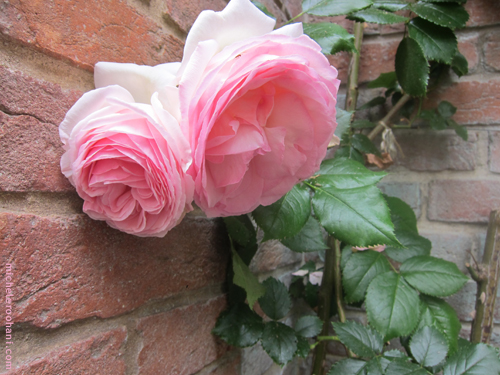 Hopper’s quiet canvases are well appreciated in these times of constant chatter and chaos; I wonder how he would have painted a rose…

I may see Mister Hopper again in Paris in the near future in Grand Palais from June 10th 2012 through January 28th 2013.