I absolutely adore the work of Tapio Wirkkala, the Finnish glass designer I discovered a couple of weeks ago. Glass may be great as a medium but in the hands of this artist, it becomes magical… 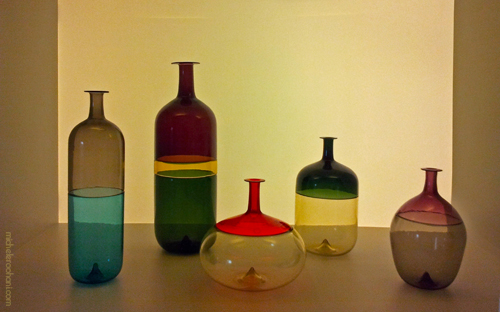 We’ve all seen  some of his designs like the Finlandia vodka bottles but he’s a poet when his work comes done to a less commercial level. I had a great time in the Decoratif Arts museum of Paris. 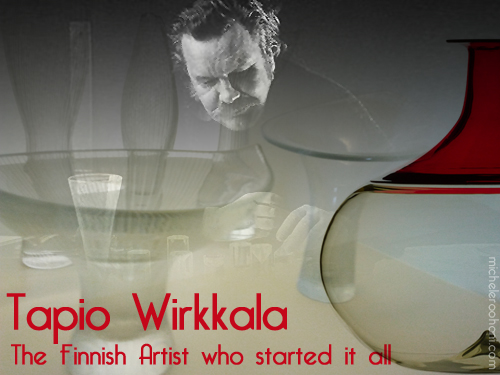 I had the advantage of a great view to Paris — check the Eiffel tower’s reflection in Wirkkala’s five Murano glass bottles’ window: 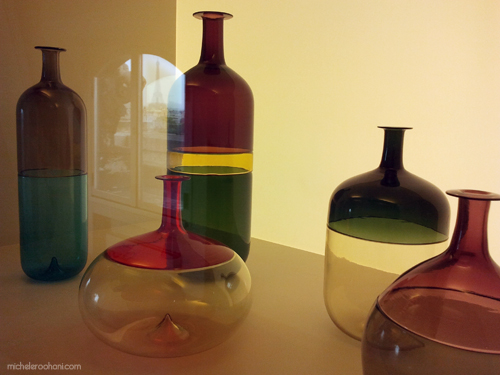 There were some funny glass (and wood) sculptures like Richard Meitner’s fish: 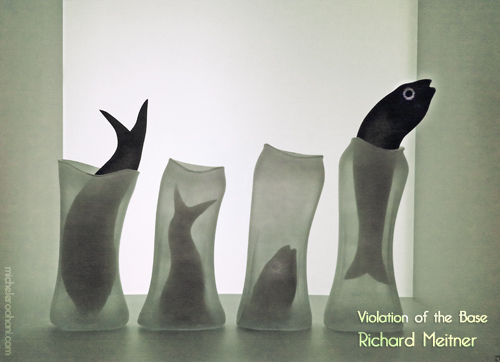 I was pleasantly surprised by the Czech artist, Libuše Niklová (1934–1981), a famous toy designer. From the 1950s to the 1980s, Niklová created toys like the inflatable animals and dolls (I had one clone of it in Tehran with a little bell in it!) 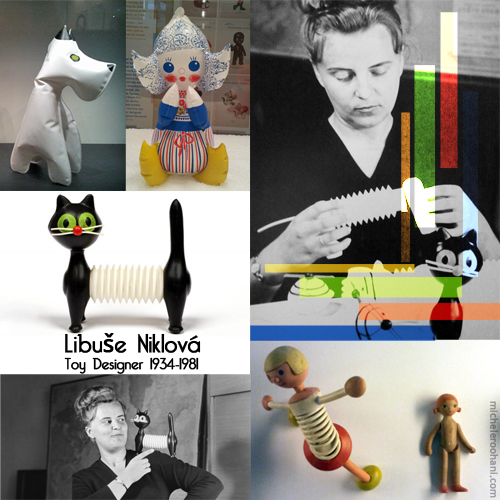 “She had the brilliant idea of using flexible pleated piping that squeals when pressed. The result was her “accordion” toys: a cat, dog, goat and lion that can be taken apart and reassembled like a construction game.”

Check out her toys links at the end of the post; you’ll have fun.

As long as I was with the funny stuff, Snoopy always makes me smile: 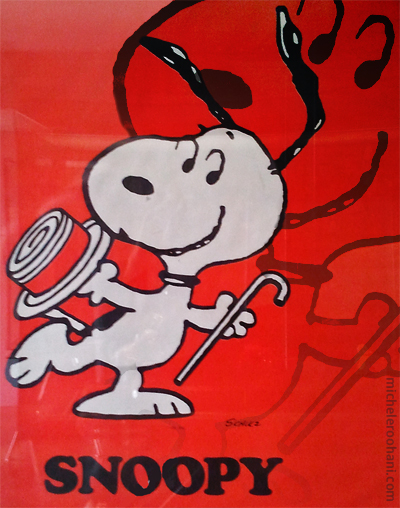 “Yesterday I was a dog. Today I’m a dog. Tomorrow I’ll probably still be a dog. Sigh! There’s so little hope for advancement.”

I saw one of the first huge ad posters for The laughing cow or “La Vache Qui Rit” cheese: 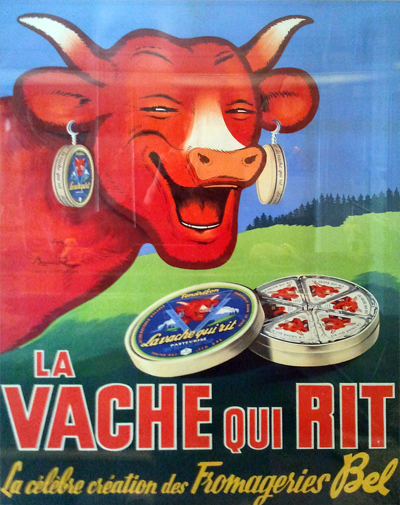 The permanent collection of this museum has a rich array of chairs: 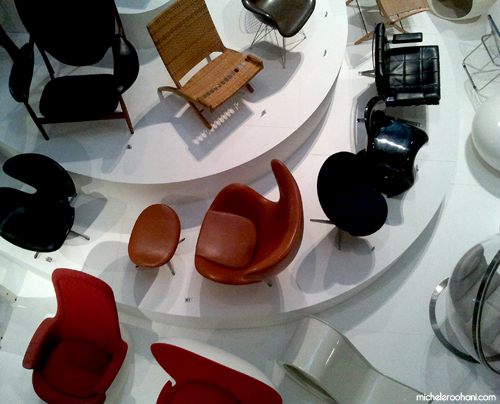 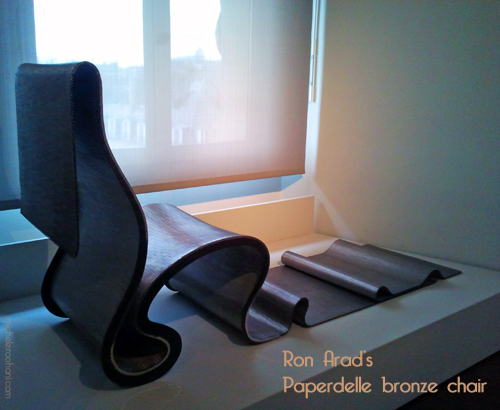 Olivier Mourgue designed his well-known classic Djinn chairs (1965) made famous by ‘2001: A Space Odyssey’ by Stanley Kubrick. Stanley Kubrick created a futuristic rotating Hilton hotel in Space. In it, the Djinn chairs received their lasting moment of fame. Olivier Mourgue named the chairs ‘Djinn” which in Muslim legend, is a spirit often capable of assuming human or animal form and exercising supernatural influence over people (Genie in English): 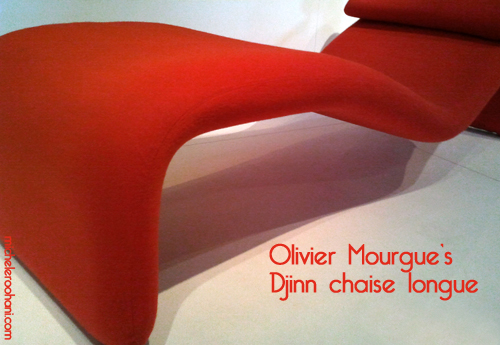 Do you remember the beautiful scene of the Hilton Lobby in Space Odyssey? 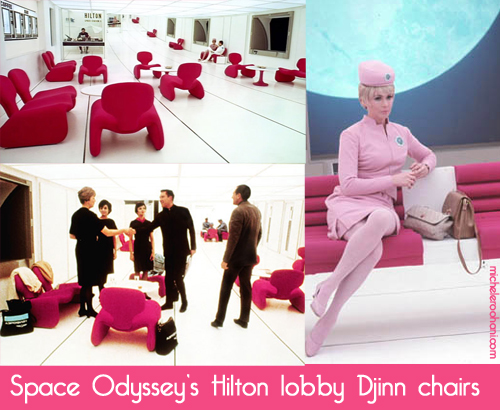 I should stop before I make this post about Kubrick!

I also liked this statue of wood and nails by Janine Janet, made for a window of Balenciaga in Paris in 1959; It’s called the queen: 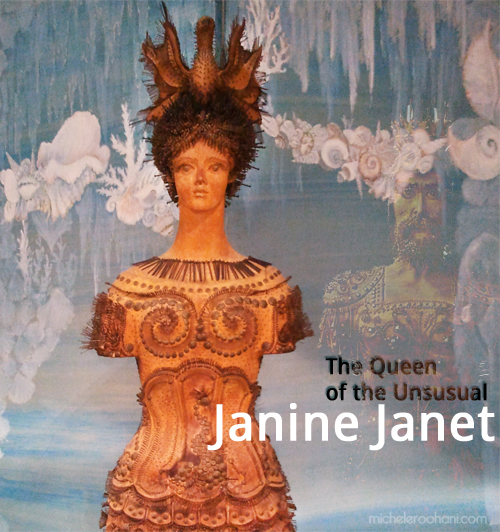 One of the best things about this underrated museum is its breathtaking views of Paris; I kept running from one window to the next! 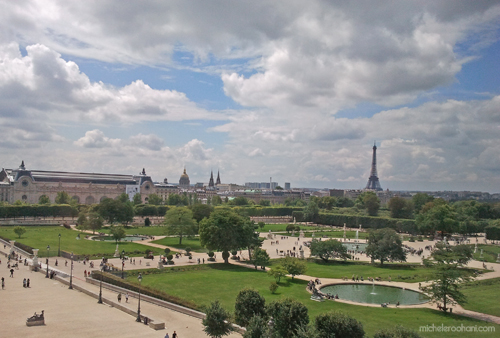 I took all of these pictures with my android phone and this is the proof: 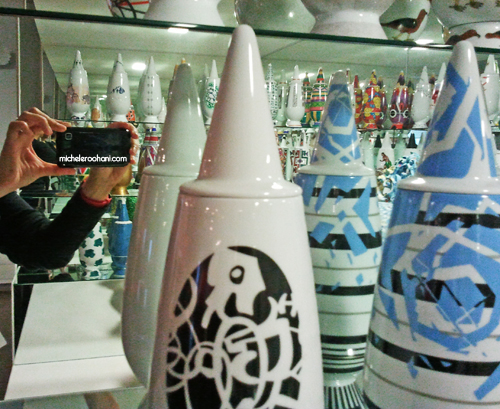 Last but not least, my favorite view from the building is this one looking down at Place des Pyamides: 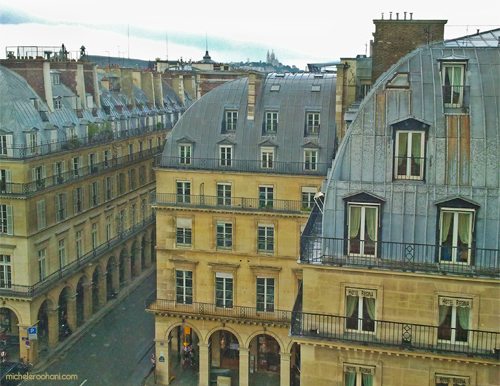