It’s one of those great (and gray) September mornings in Paris and I take my poor jet lagged body out to take pictures of a city that looks more majestic without its occupants or tourists like me!

I would like to take you with me; first we take the bus: 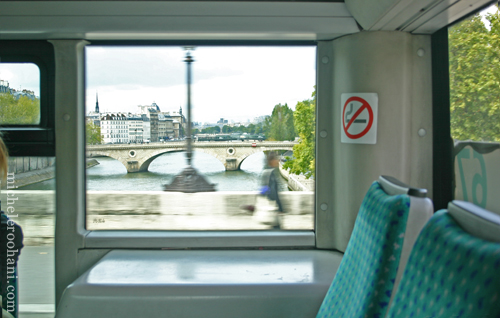 the streets are all empty—one of the oldest surviving buildings in Paris from the 16th century: 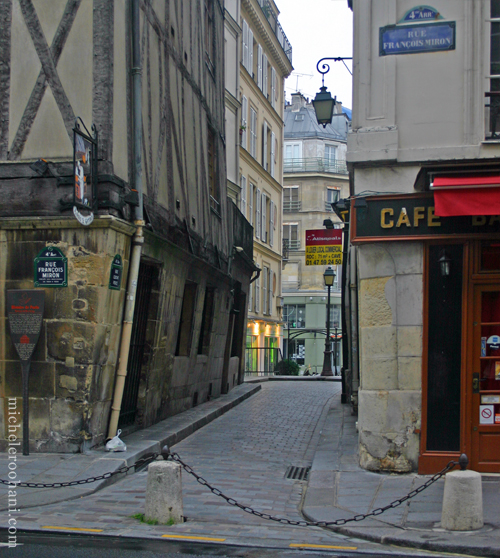 even the marché is not open yet, 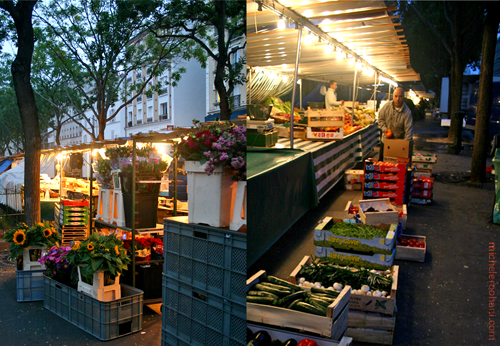 Saint Michel is unrecognizable at 7 am: 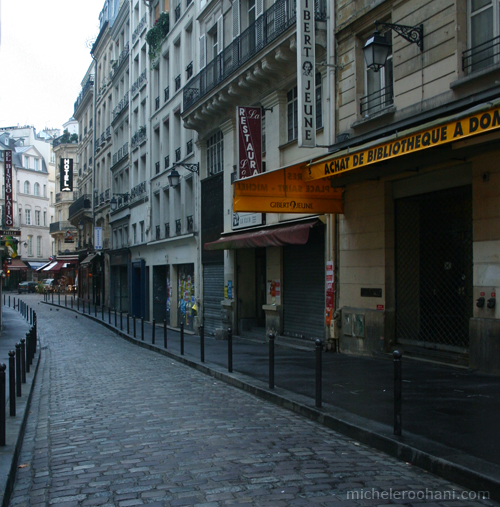 the cafés are just opening, 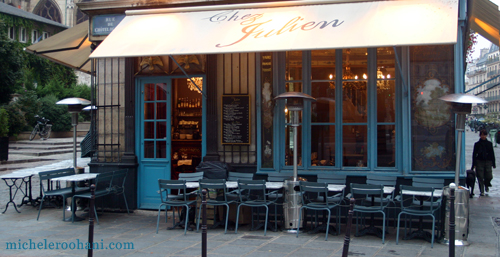 walking along the river bank in Isle Saint Louis, 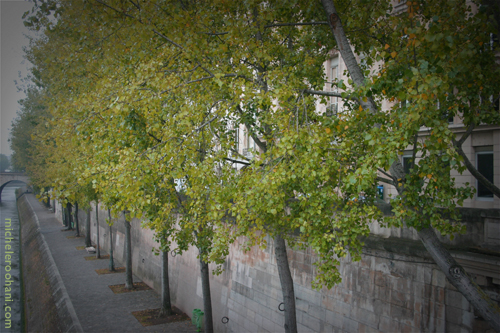 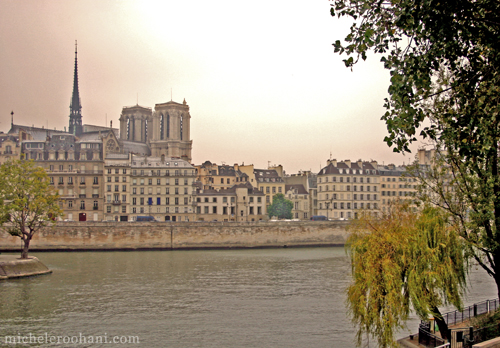 but pretty soon, life starts in the city: 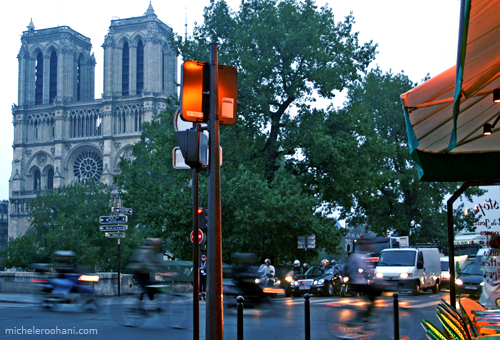 I decide to go towards the Marais; I am surprised to see a Pain Quotidien on my way—so far from Brentwood and Westwood but exactly the same menu: 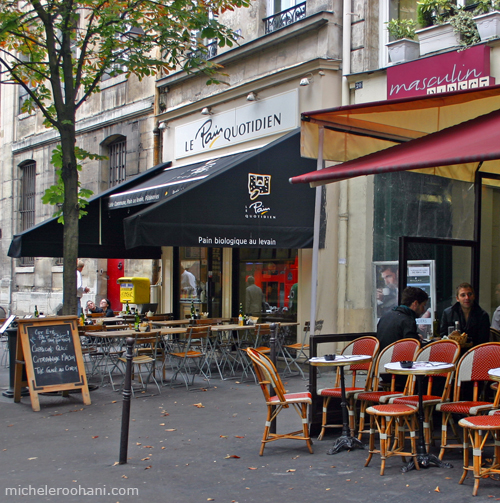 rushing towards Place des Vosges, the street signs stop me: 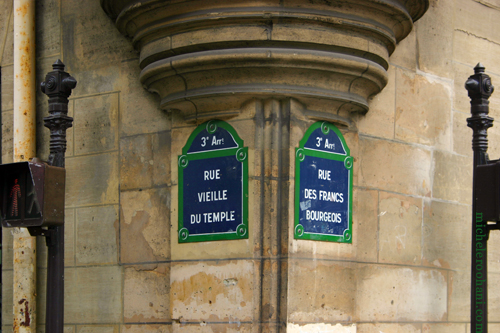 its’ too early in the morning for gooseberries, 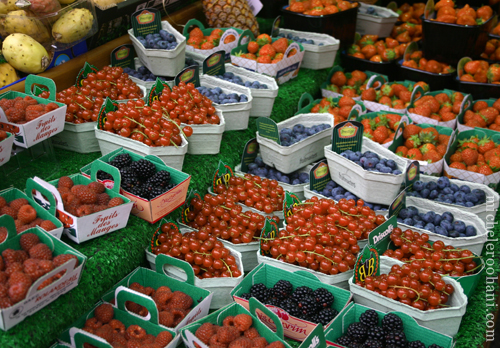 I really need a strong coffee, 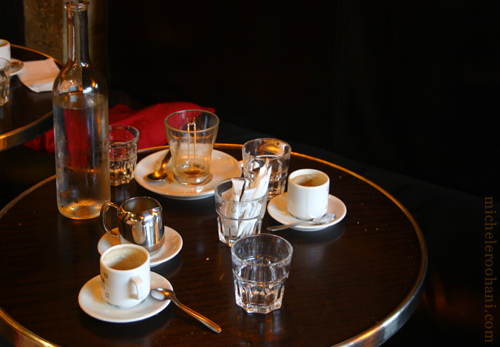 but of course the waitress cleans up the street and not the table left from the previous clients, 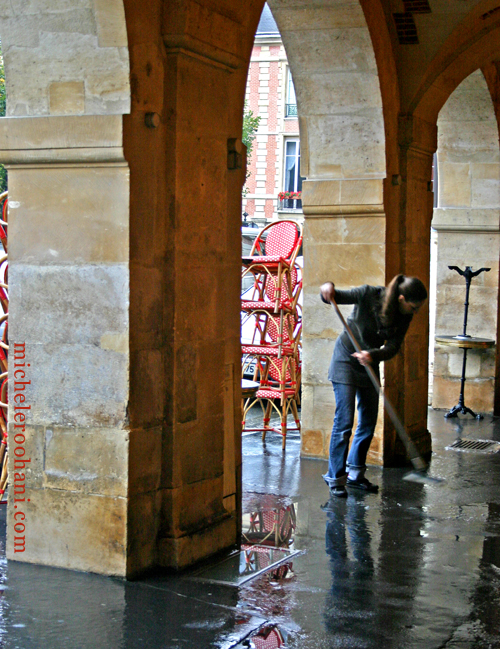 the galleries around the square are too commercial but I am glad to discover a painter from Rafsandjan, Reza Sarrafi, in one of the windows: 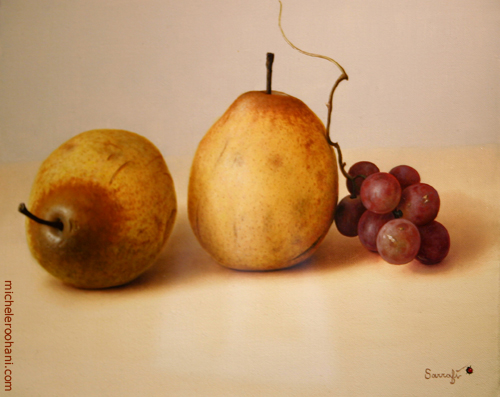 the wine paintings are from another painter, Annekov: 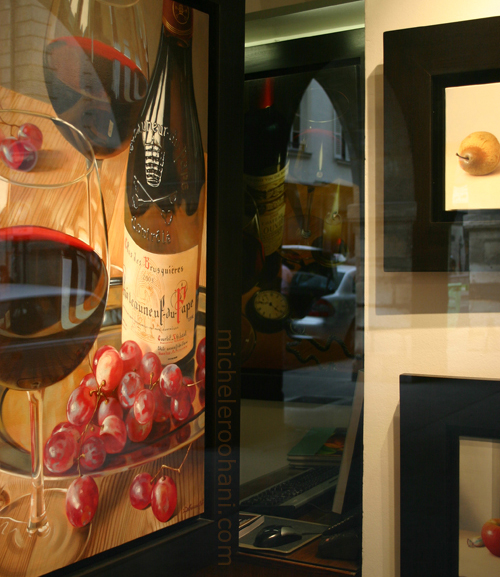 I am not kidding when I say I love this city—here are my other posts about Paris:

I met Arcimboldo and some Germans in Paris

Paris was a woman