I just got back from Marbella, Spain, where the weather is hot, the sun’s always shining and the colors are intense (at least in July). 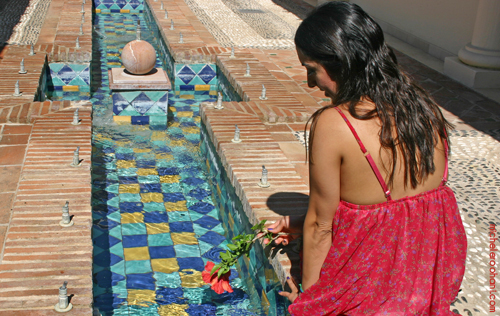 For me, the South of Spain—Andalusia—conjures up my beloved Velasquez, García Lorca and of course the native son of Malaga, Picasso. It was my first time in this part of the country so I did the usual tourist things. The great hotels of Marbella looked empty under the sizzling sun; I loved all the local decors like Plaza Romano in Hotel Puente Romao: 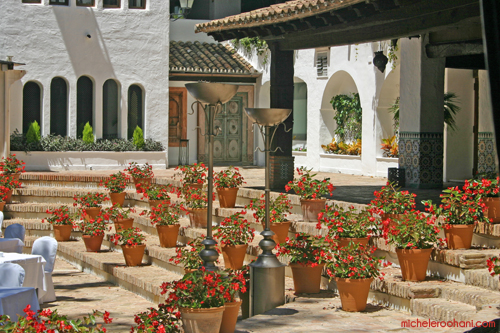 Andalusia is the land of Flamenco (not to be confused with the pink bird flamingo) and these paintings by Fabian Perez, translate the passion of this dance into beautiful images: 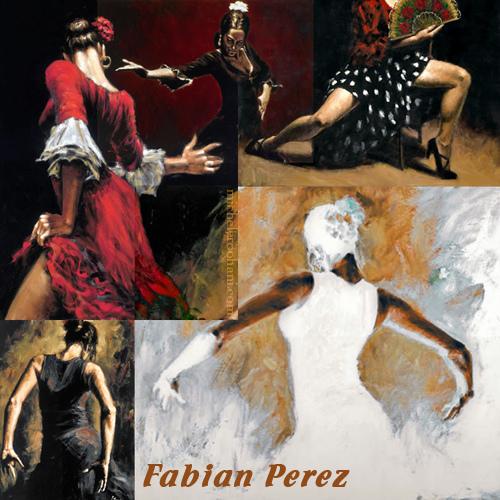 But the real ladies of Spain were painted by my beloved Velasquez: the Infantas (daughters of a king of Spain, in this case Philip IV)— infanta Margarita who stared at me for years from a poster in my kitchen and infanta Maria Theresa who became the wife of Louis XIV and lived way longer than her poor sister, Margarita. 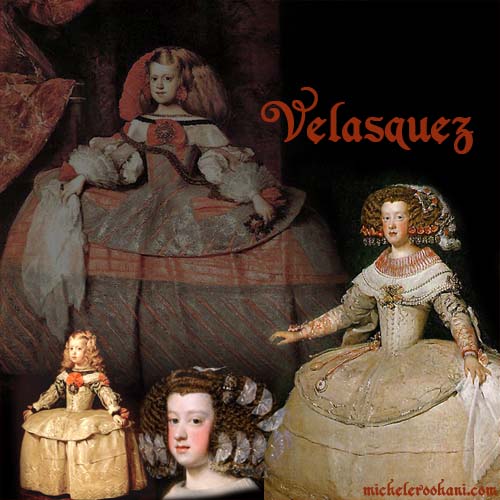 I will make a post about Velasquez and one about Goya, once I visit the Prado in Madrid, but for now this post should do. These ladies with these extremely wide panniers inspired me to do a little Velasquez of my own: 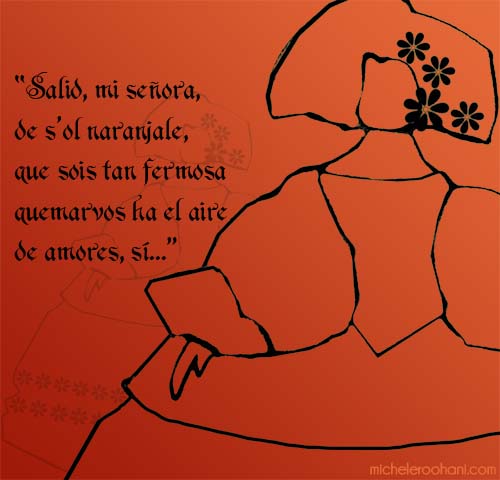 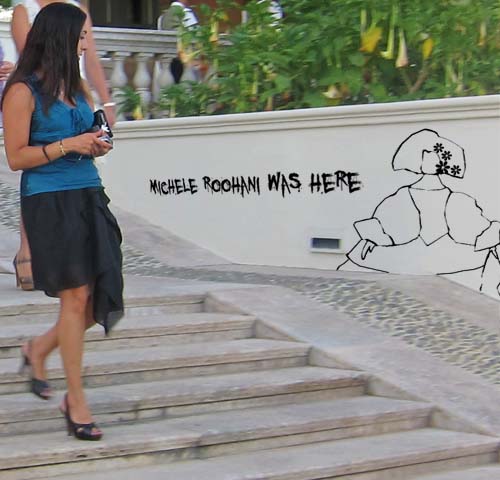 Las Meninas are everywhere in Spain even on a couple of Spanish fans I bought! 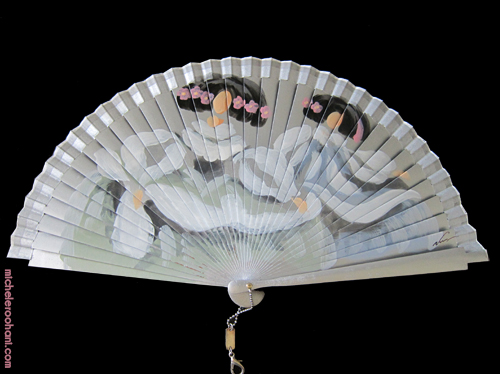 I wrote this post listening for the nth time to the superb Miles Davies’ Sketches of Spain, one of his best works.

Now let me take you to old town Marbella. It is a maze of narrow streets with white houses, restaurants and Bougainvillea galore! For good food check out Da Bruno. 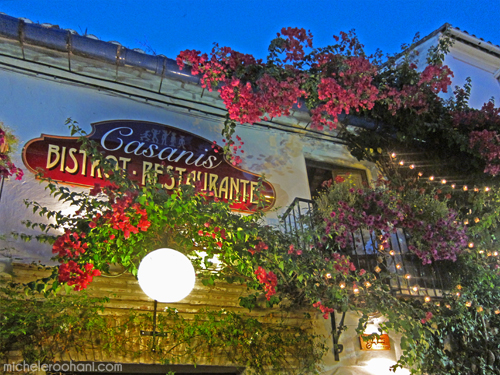 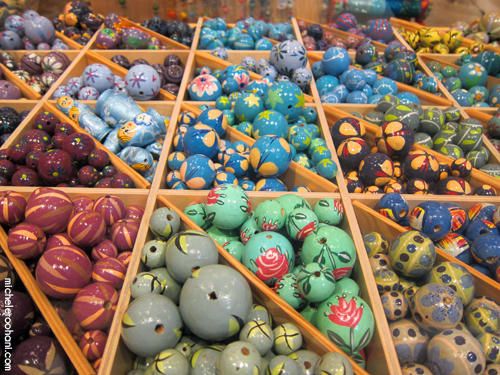 The blue hour (the sun sets at 10 pm in summer) is accompanied by a dizzying fragrance of flowers. 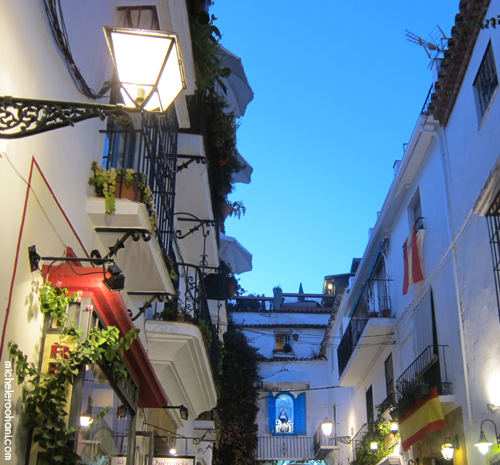 I especially liked the  300-year-old statue of the Virgin—Virgen de los dolores— surrounded by dazzling plants: 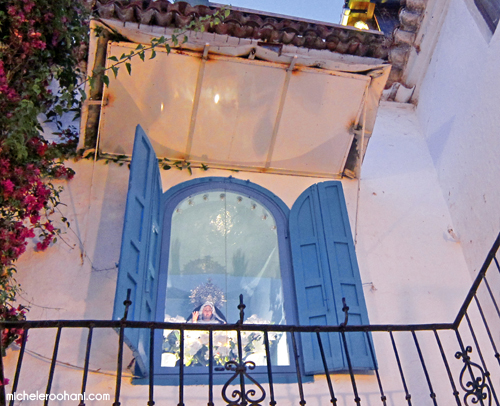 A fun thing to do was to go to the open air market, bustling with life and colors; my mother (below in the middle) and my cousins were busy making good deals: 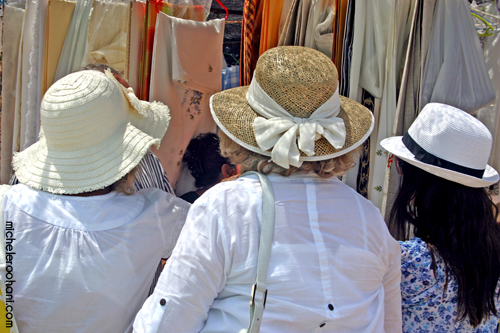 Southern Spain is a polka dotted country and they start dancing flamenco early: 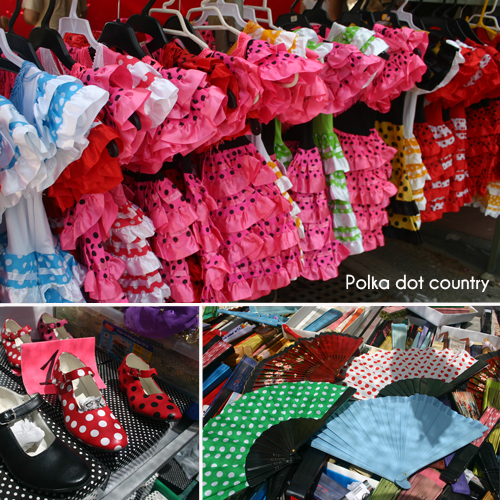 Seeing all the beautiful vegetables, the Southern Californian (read Mexican) in me couldn’t resist treating everybody to a homemade quesadilla: 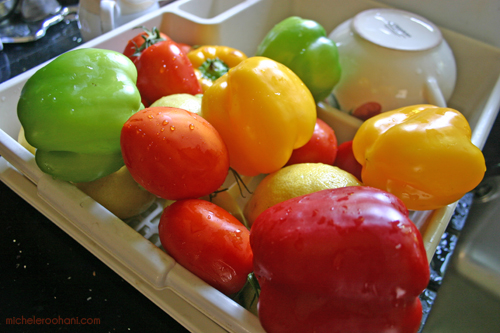 I went south of the border in every detail even the beer: 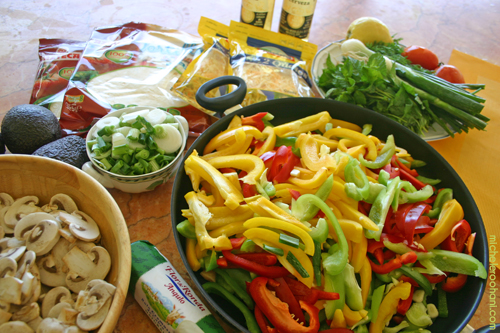 The trick is lots of green onions! 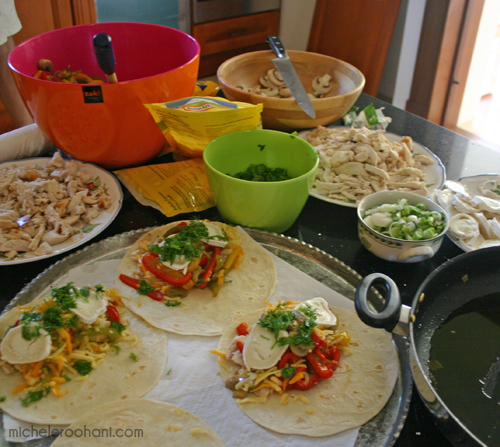 A good meal with family and friends is one of the blessings we usually take for granted.

Now back in Spain again, I shouldn’t be impressed with flowers but these hibiscuses were a red that only Goya would have understood… 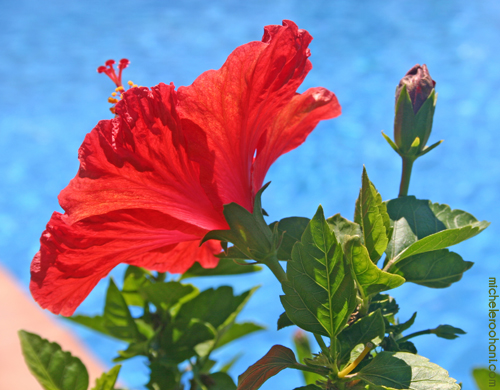 The Villa had a swimming pool, a shallow spanish tile pool, a lion head fountain and Sepideh, my cousin, did her best to model for me by all three! 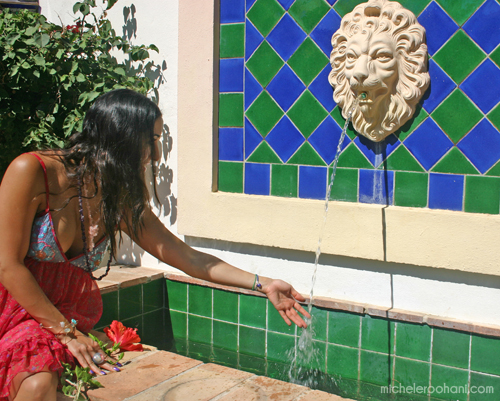 She looks so authentically Spanish that she’s had gotten into fights with some people in Malaga who accused her of lying when she claims to be Persian; the fact that she speaks Spanish well has not helped! 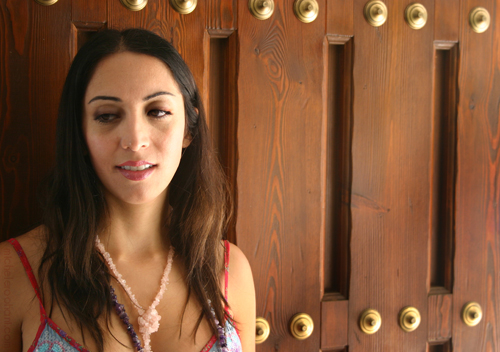 Can’t resist a poem of Garcia Lorca (english first and then spanish): 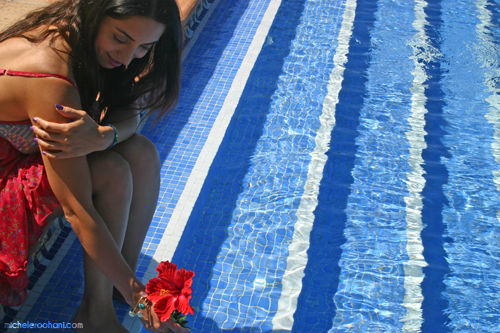 Spain is a beautiful woman…

Check out this clip for a passionate and seductive flamenco dance by Belen Maya and its vocal version, Cante Jondo or deep song.

Watch the legendary Antonio Gades dancing it to perfection here.

For the beautiful poem (in Spanish and English) I used in my infanta image, read Dave Bonta’s post here.